As an avid angler, I’m enthralled each time I land a fish. Part of what makes the experience so meaningful is understanding my target species’ native range, diet, and habitat. It’s like reading a biography on your favorite musician then winning a meet and greet pass. The background story makes the connection appreciable. Even in the case of an 8 inch trout fighting to survive in its native waters. 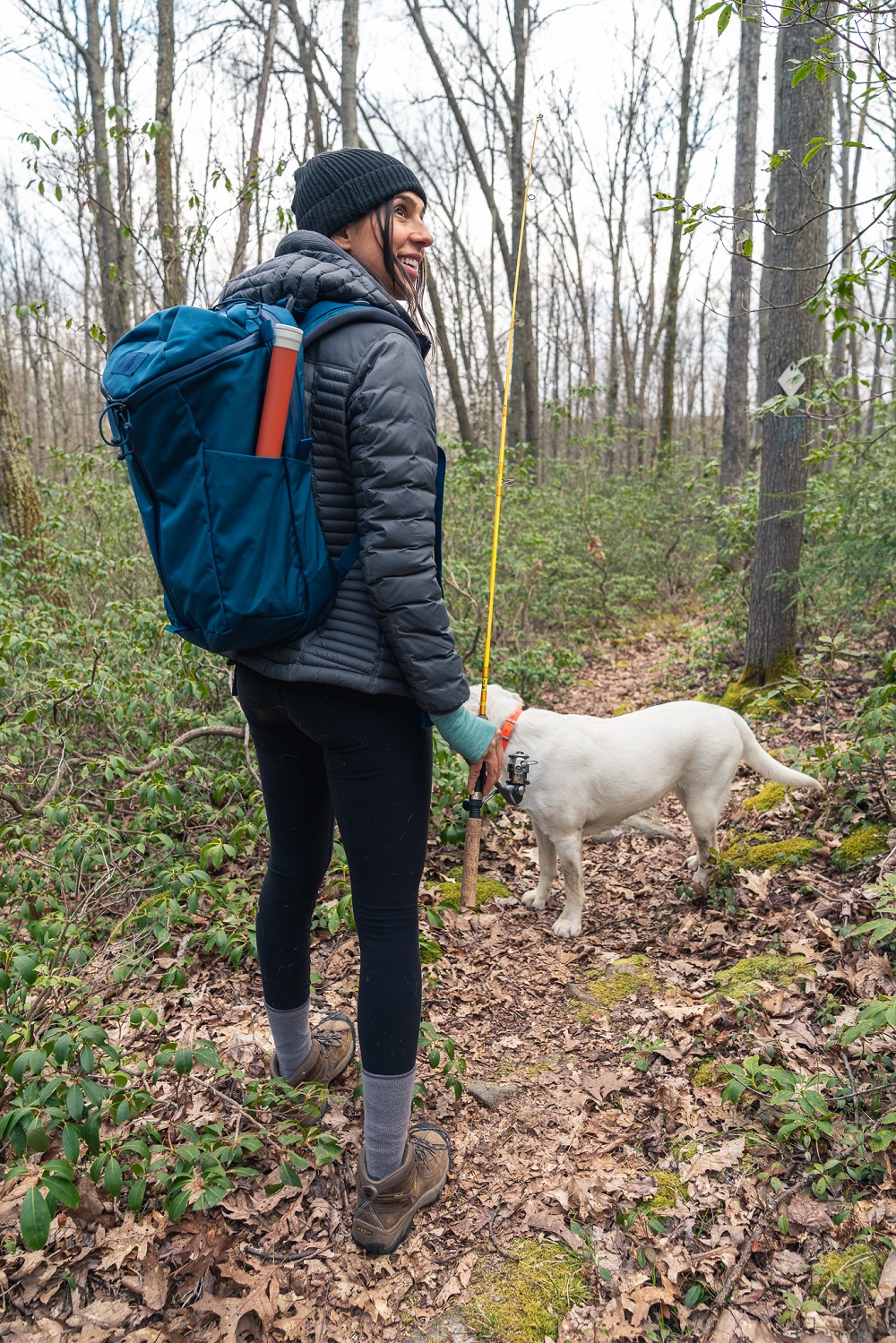 In case you aren’t familiar with Pennsylvania’s state fish, they are mighty little fighters. Salvelinus fontinalus, also known as brook trout, are native to Pennsylvania’s waters and most of the Northeast. Interestingly, they are members of the char subgroup of the salmon family, which also includes species like bull trout, lake trout and dolly varden. Unlike other members of the salmon family, brook trout do not have teeth on the roof of their mouth.

My family’s cabin resides in Northern Pennsylvania, surrounded by vast hardwood forests, rolling Appalachian mountains and cold water streams filled with native brookies. Many of these streams are remote with little to no road access, so the adventure starts with a hike under a canopy of towering oaks. Brook trout are increasingly confined to these remote streams in higher elevations due to habitat loss and the introduction of brown and rainbow trout.

We set off with a cup full of worms, foraged by yours truly, and a trusty 4’6” spin rod that we bought years ago as kids still learning the ropes of fishing. We made the mistake of inviting Abbie, our 1 & 1/2 year old English Lab who loves to show off her doggie paddle. We were nearly 100 yards away from the water when we heard the splash of her jumping paws first into the stream. 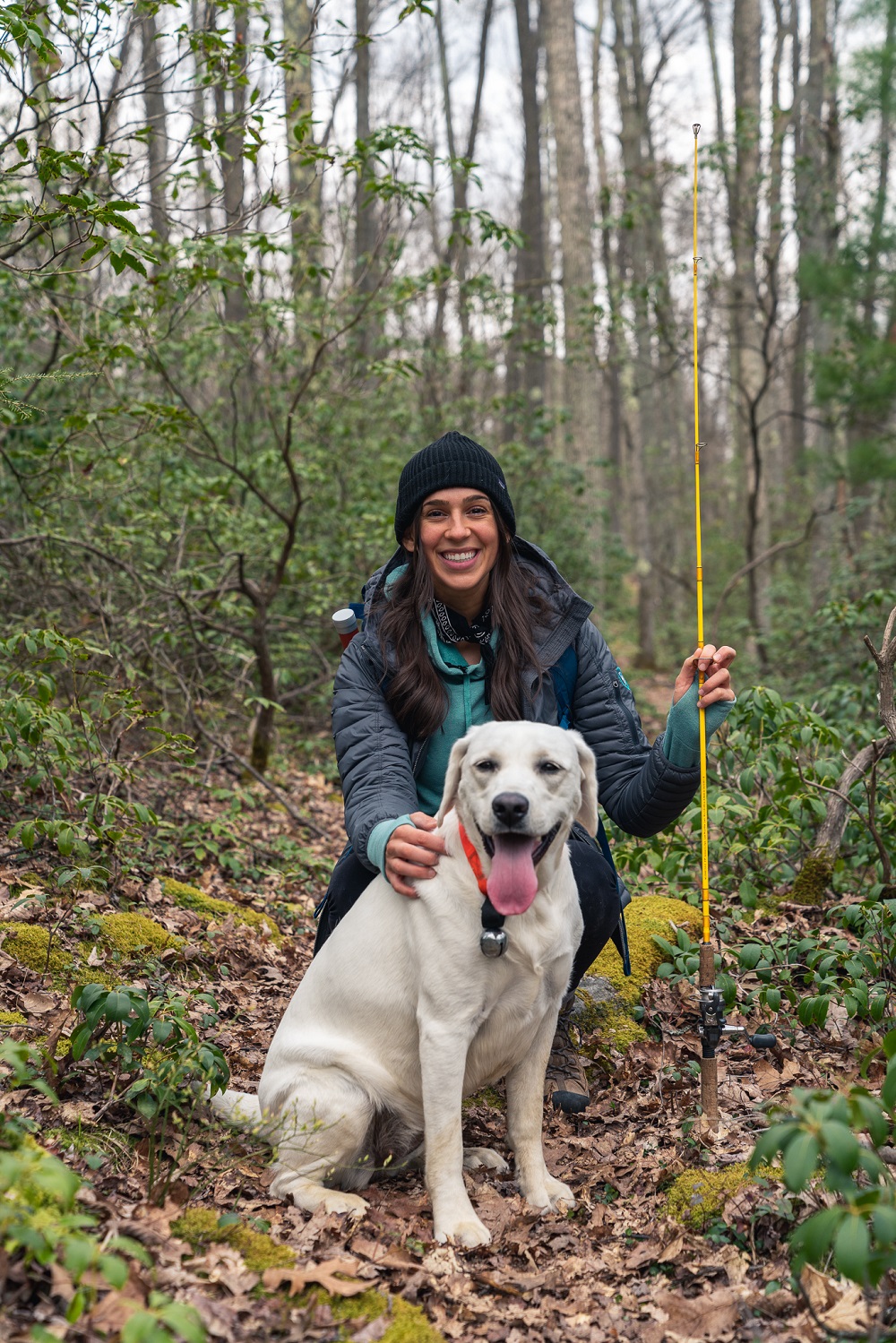 Thankfully, it didn’t take long for the muddied water to settle into its original crystal clear state.

I hooked one of the worms that I dug up from the ground and tossed my line into a deep pocket. There isn’t much casting that happens on a stream like this. From bank to bank, its only 5 feet across in most places. Brookies prefer pockets of water with cover such as boulders and logs, where they are protected from strong currents and predators. They need high quality water and are sensitive to low oxygen, pollution, and changes in pH. Warm summer temperatures and low water flow rates stress brook trout, especially larger fish. 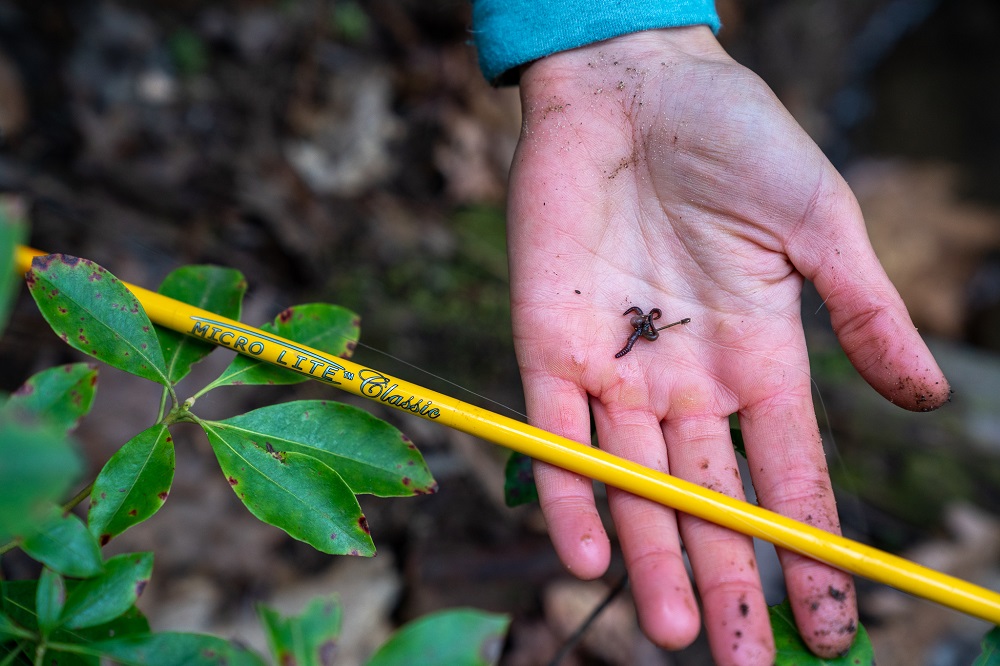 Within seconds, I caught a glimpse of the first brook trout of the day. It zoomed out from under a submerged log to check out the worm buffet. A swift bite, ginger hook set, and I had landed one of Pennsylvania’s most treasured species. He had a dark greenish brown body marbled in yellow and speckled with red dots and blue haloes. His belly was a vibrant red orange and his lower fins were edged in stark white, providing magnificent contrast against the reds and oranges of the belly. If there was an award for the most beautiful freshwater fish, brook trout would take the crown.

Brookies are recognized as an indicator species, because their health indicates the overall quality of the waters they inhabit. Robust populations of brook trout in Pennsylvania’s waters are indicative of a healthy environment. On the flip side, a decline in brook trout numbers indicate deteriorating habitat and poor water quality. They thrive in water temps between 51 and 60 °F, although the overall tolerable temperature range is 32-68°F. Hence, why a cold shady mountain stream is most often called home. 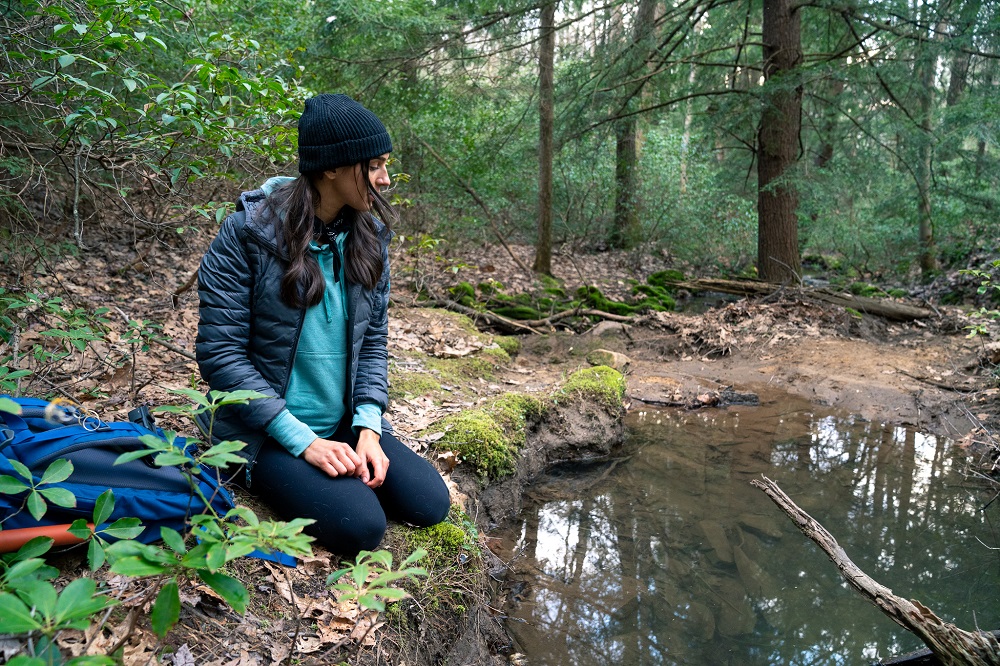 Why Are They Dying?

Throughout the early and mid 1900’s logging, agriculture, and mining forced the species to make a last stand in remote headwaters where food is scarce and predation from mink and fish-eating birds is fierce. Nowadays their biggest threats come as a result of reduced water flows, man made migration barriers, and stream side hemlock trees dying off.

The reduced water flows diminish the ability for streams to form deep pools and undercut banks where the trout can find shelter from predators above and cool water. Man made migration barriers in the form of impassible road way stream crossings impede the ability for them to re-populate certain sections of habitable waters and spawning areas. 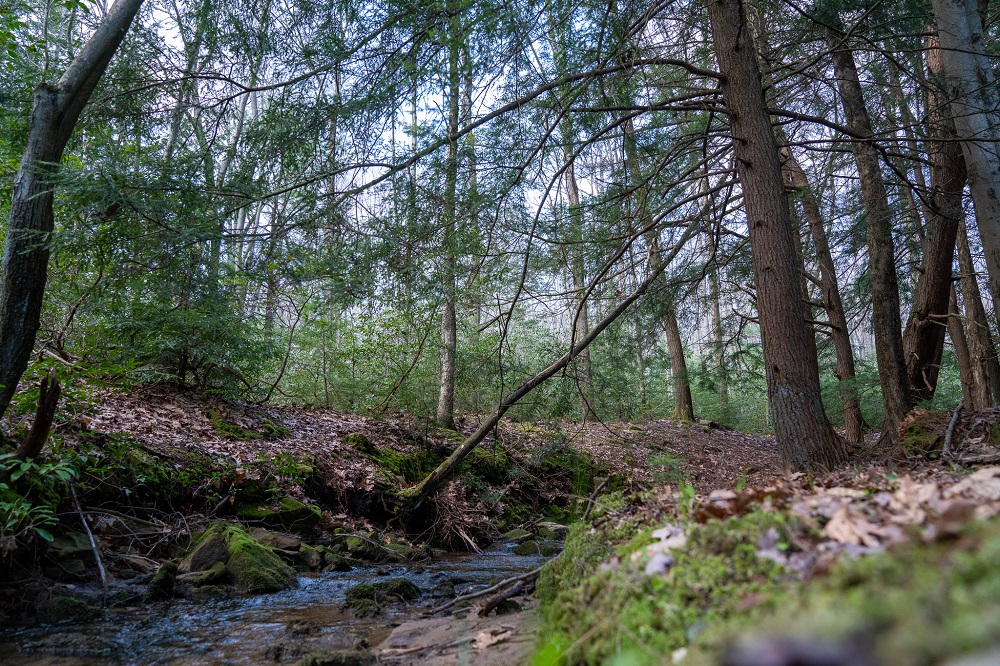 Also, Pennsylvania’s state tree – the Eastern Hemlock – is slowly being wiped out by the invasive hemlock woolly Adelaide, a nasty little pest. The eastern hemlock is a a slow growing tree which can take 250-300 years to reach maturity, lives up to 800 years, and provides invaluable shade to streams thus keeping the water temperature cool.

What Can We Do About It?

According to Trout Unlimited, we can increase the brook trout’s odds of natural reproduction by:

The best course of action is to educate ourselves on the issues present, support organizations such as Trout Unlimited and their research on the eastern brook trout, and ultimately get involved at the local level by something as simple as volunteering our time. 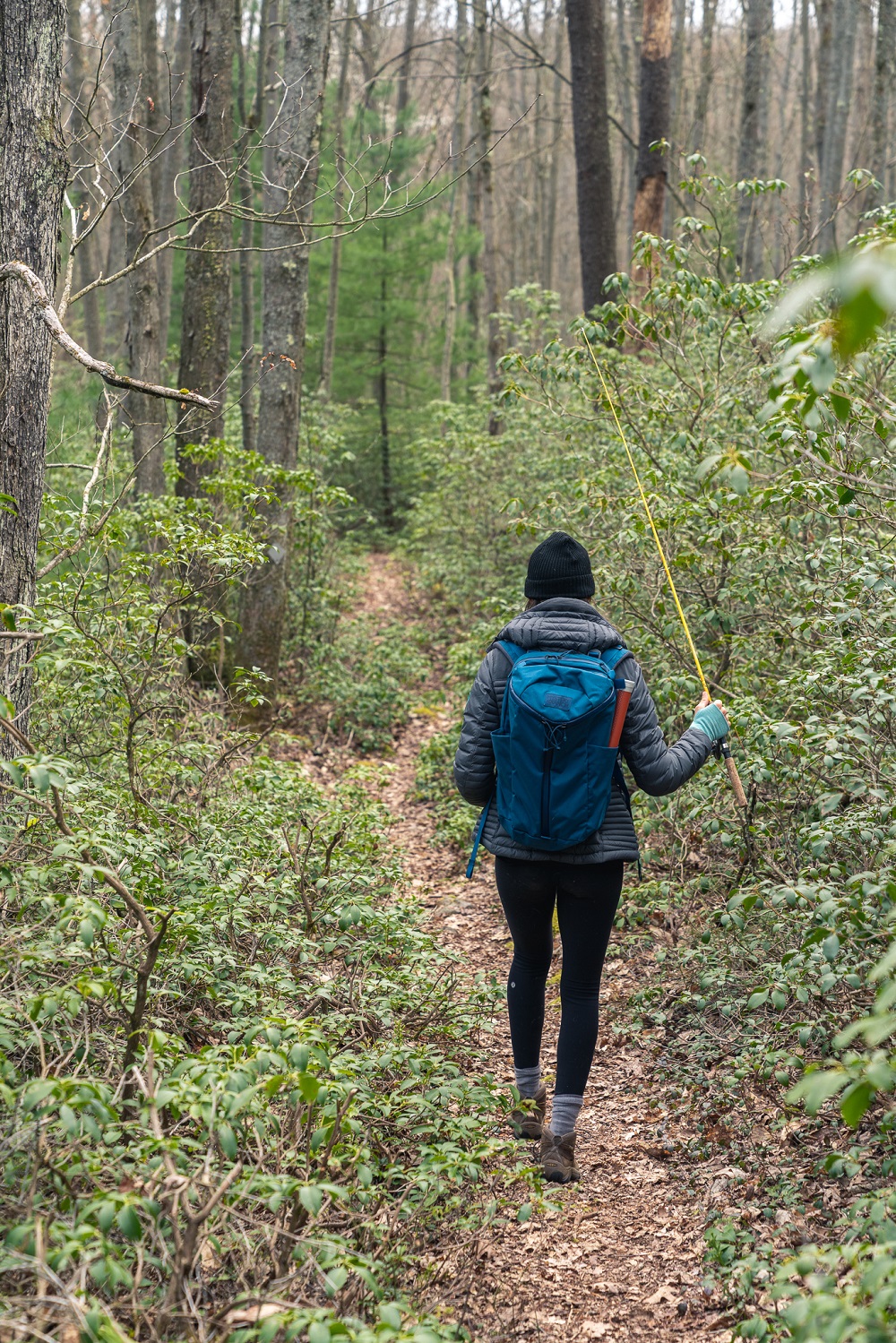