It’s also come to our attention, in addition to Heckler & Koch’s CEO being forced from his position, that James Marcotuli, CEO of Remington Outdoors has also walked away from the business.

There hasn’t been any official word from James himself, however The Firearm Blog reports he’s cited “personal reasons” for making the move.

Here’s a screenshot of the press release issued by Remington: 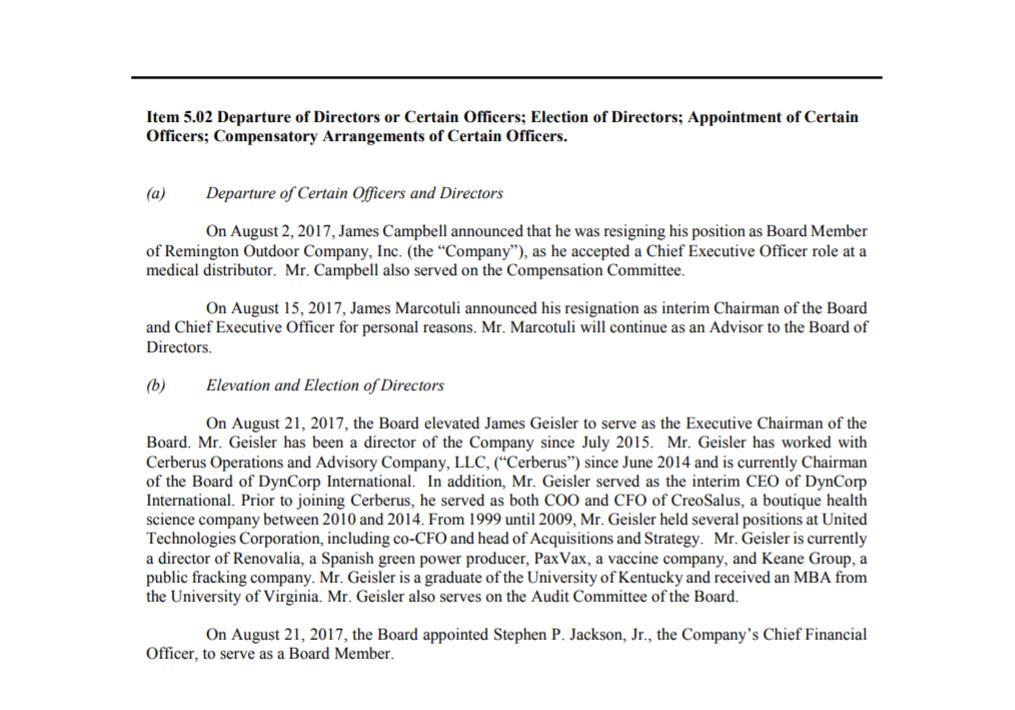