Every November, big whitetail bucks are harvested by archers and gun hunters across the Midwest, and this year has certainly been no exception. While most of these mega bucks are taken in Iowa, Kansas and other states well known for kicking out giant whitetails, that doesn’t mean lesser-known deer hunting states can’t sometimes make a big splash.

Case in point: OutdoorHub Bowhunting Columnist Melissa Bachman recently sent me an email with details and pics of a mammoth buck. As you can read below in her note, she arrowed this incredible deer during a bowhunt on the Rosebud Reservation in South Dakota. 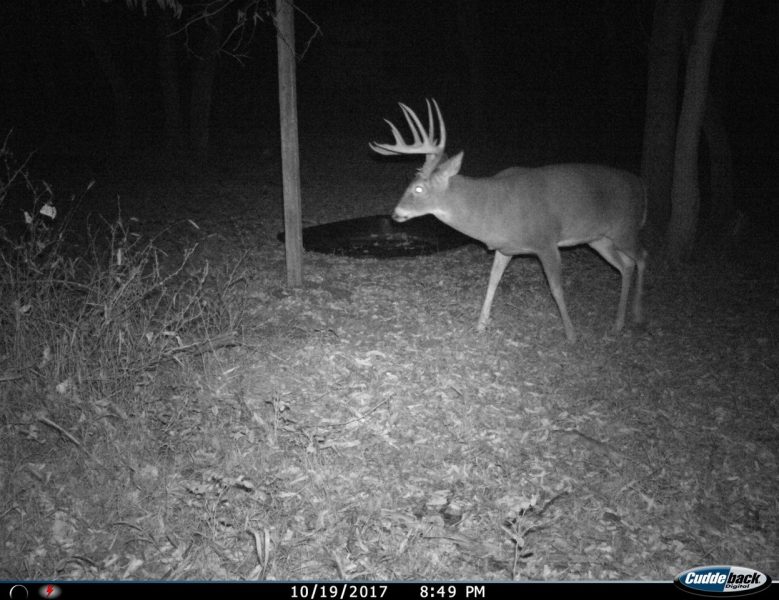 Check this out: We put out the H2O Wholes earlier this season, along with a rub post and licking branch. We started getting photos of tons of deer using it, and then this buck showed up. 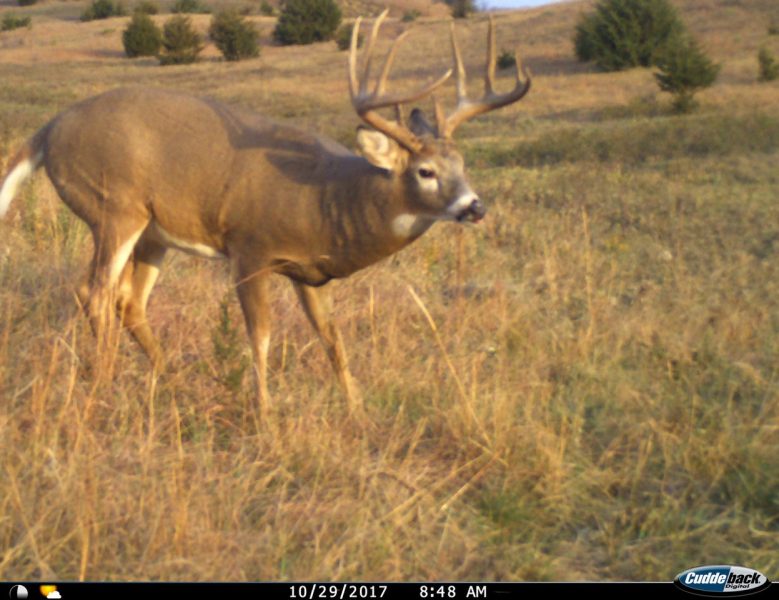 Let’s have OHUB readers guess the buck’s gross score, but I will say he’s my second biggest ever with a bow. 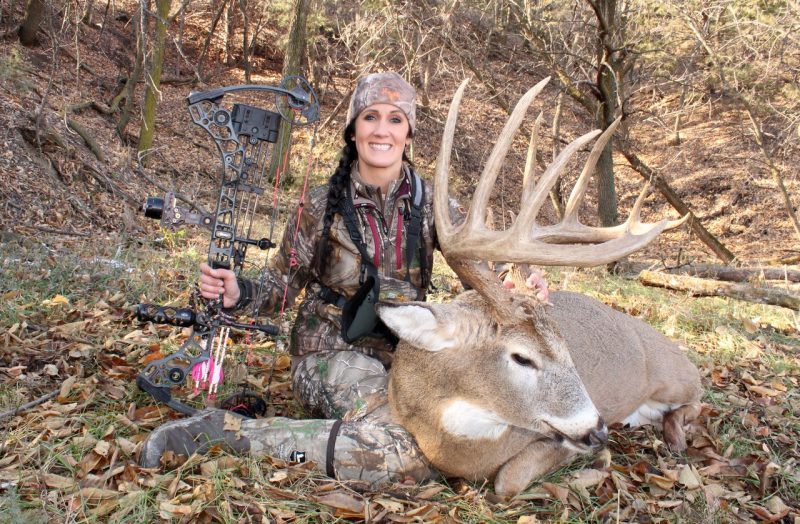 I was hunting on the Rosebud Reservation with Ben Bearshield, and we put out our Dave Smith Posturing Buck Decoy. After spraying it down with Scent Killer Gold, we got in our ground blind and sat for the day. At 2 p.m., we spotted a mule deer buck out one of the windows. While watching this deer, we looked forward and noticed this big whitetail buck standing over our decoy. He stayed at the decoy for over 6 minutes before I finally got a shot!

Ben’s brother Bo Bearshield was hunting over the other water tank we had put in a short distance away, and actually saw this buck first. The big buck never came in for Bo, and within the next hour we had him at our blind. 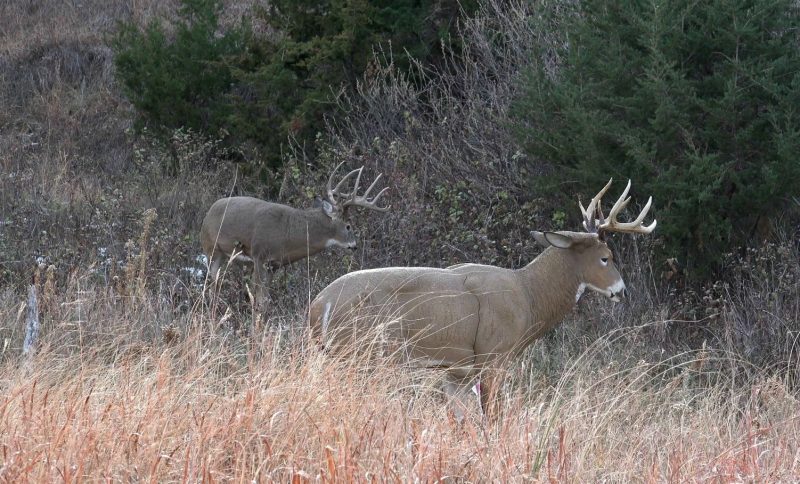 My shot was 40 yards. And for all the gear heads out there, I was using a Rage Hypodermic in a Deep 6, Mathews Avail bow set at 64 pounds, with an HHA Sight, Virtus rest, and Easton Injexion arrows.

Hunting over a decoy is by far my favorite way to hunt whitetails, especially during the rut. It’s so exciting, and the decoy holds their attention, allowing you to draw and get your shot.

P.S. The next day, I drove to Nebraska and shot a 179-inch mule deer (bottom right in pic) with Scott Kuhn of Deer Meadows outfitters. Not a bad couple of days! Talk soon, Melissa. 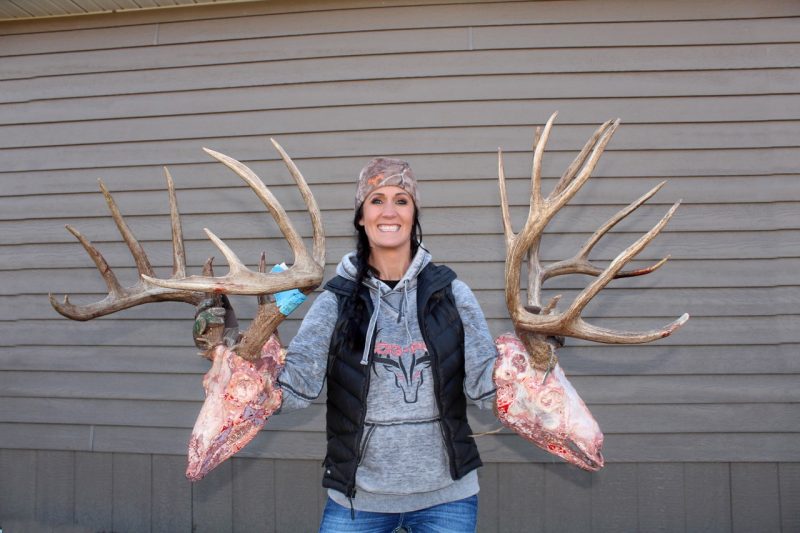 Editor’s note: Have a guess for the gross score of Melissa’s South Dakota whitetail? Leave it in the comments section below, and we’ll reveal the true score later this week. Also, Melissa recently shared her “Top 3 Tips for Calling and Decoying Rutting Whitetails” on OHUB, and judging by her email above, she practices what she preaches. Congrats, Melissa!