I love to pursue largemouth and smallmouth bass, and even though competing in tournaments has never been high on my priority list, I do follow the professional bass fishing scene.

As you know, the boats, trucks and jerseys of today’s pro bass angler look NASCAR-like, and I don’t have a problem with it. I understand that sponsorships are what really put food on the table for these anglers’ families. Sure, winning prize money is important, but the day-to-day bills are paid primarily by those companies that align themselves and partner with anglers.

A part of the sponsorship arrangements is a custom-wrapped boat. And each winter about this time, I enjoy checking out the photo gallery from Bassmaster when the organization reveals the incredible fishing machines being used by Bassmaster Elite anglers during the upcoming season.

This year, the one thing that jumped off my smartphone as I scrolled through the 107 featured bass boats was the number of Minn Kota trolling motors. Not long ago (2016 to be exact), approximately 50 percent of the Bassmaster Elite field was running Motorguide trolling motors, including some of the biggest names in the sport (Kevin VanDam, etc.).

Of the 107 featured Bassmaster Elite boats for 2018 showcased in the BASS article, I count only 15 Motorguide trolling motors. I’ll do the math for you — that means 92 are running Minn Kota.

And before your cynical mind thinks, Minn Kota must have stolen all these former Motorguide guys with a ton of cash, let me assure you that’s not the case. Does Minn Kota pay some of its top pros a good amount of money? Certainly. But not all 92 Elite anglers running Minn Kota in 2018 are getting a big sponsorship check from the company; in fact, I’d say many are getting a free trolling motor, and that’s it. 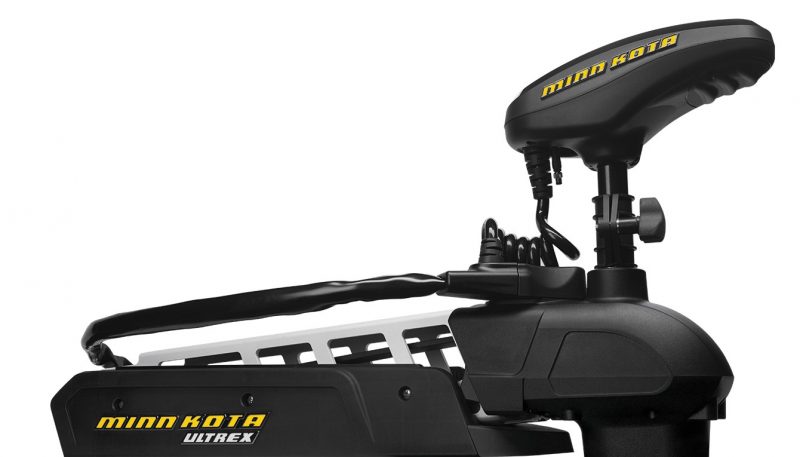 Why did Kevin VanDam and so many other BASS Elite anglers switch recently to Minn Kota? Because of a high-tech trolling motor called Ultrex (above), which has a game-changing feature appropriately titled Spot-Lock.

Watch the video below, and you’ll learn everything you need to know about Spot-Lock.

Competition is fierce among Bassmaster Elite pros, and when one guy has a tool that enables him to catch fish more consistently, you can bet that other anglers take notice. Professional bass fishing is very much a game of “what have you done for me lately” when it comes to securing sponsorships, and if you’re not finishing near the top of the field in each event, the job of selling yourself to sponsors becomes very difficult.

Catching bass under a wide variety of conditions is key, and nothing is more important than proper boat control. This season, 86 percent of Bsssmaster Elite anglers are depending on Minn Kota, and specifically Ultrex.

I plan to keep an eye on the other 14 percent to see how they do this season. And it’ll be interesting to observe whether the sea change toward Minn Kota continues in 2019, or whether Motorguide can somehow get back in the game.