Savage Arms recently introduced the 110 BA Stealth Evolution, which is an upgrade on its popular BA Stealth bolt-action rifle. On the company’s website, it lists the firearm under its Law Enforcement Series, but that doesn’t mean a Regular Joe like me couldn’t put it to the test.

Sure, I could have given the Evolution a workout on my dad’s backyard range in Wisconsin, but with a maximum distance of 200 yards, that simply would not be a rigorous enough field test. 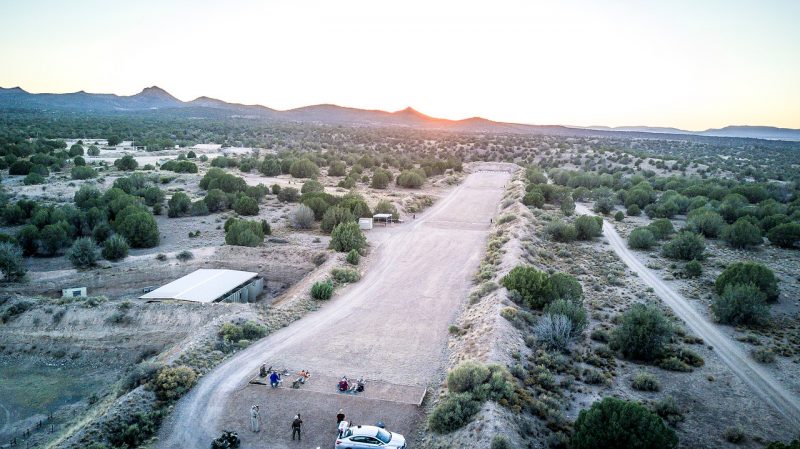 So, in keeping with the “go big or go home” philosophy, I registered for a Precision Rifle 7 class at Gunsite Academy in Arizona. In simplest terms, Gunsite is Fantasy Island for shooters. They offer everything under the sun and — because the instruction/shooting occasionally lasts well after dark — under the stars, too.

(Check out the video below for a quick glimpse of Gunsite and the Savage 110 BA Stealth Evolution.)

Of course, a gun of this type doesn’t come in a package, so step No. 1 was adding a top-notch riflescope and other components. After careful research, I settled on a Burris XTR II 4-20x50mm riflescope. (Stay tuned to Outdoor Hub for my full review of this fine optic.)

Because all shooting would be prone, I attached an adjustable Champion bipod to the front swivel. And on the advice of frequent OHUB contributor Richard Mann, who basically calls Gunsite his second home, I built a rear shooting bag from scratch. Trust me, it’s easy, inexpensive and super effective. Pour poly pellets (think craft store) into a sock and then close off the end with a cable tie (photo below).

Last but certainly not least, let’s talk ammunition. The Evolution is available in several long-range capable cartridges, but I chose the 6.5 Creedmoor. Not only is this cartridge deadly on long-range targets, but the recoil is hardly worth mentioning. Know this: The gun itself weighs 11 pounds, and after you add a 34mm riflescope, heavy-duty rings, bipod and sling, the pressure on your shoulder after pressing the trigger is something south of a 243 Win. I despise recoil, which is why my go-to deer rifle is a 243 Win., and shooting the Evolution in 6.5 Creedmoor was heavenly.

True story: My very small 12-year-old son, after we adjusted the Evolution’s length-of-pull and comb, pulled the trigger a few times during our initial sight-in session in Wisconsin and remarked: “It’s like shooting our .22!” 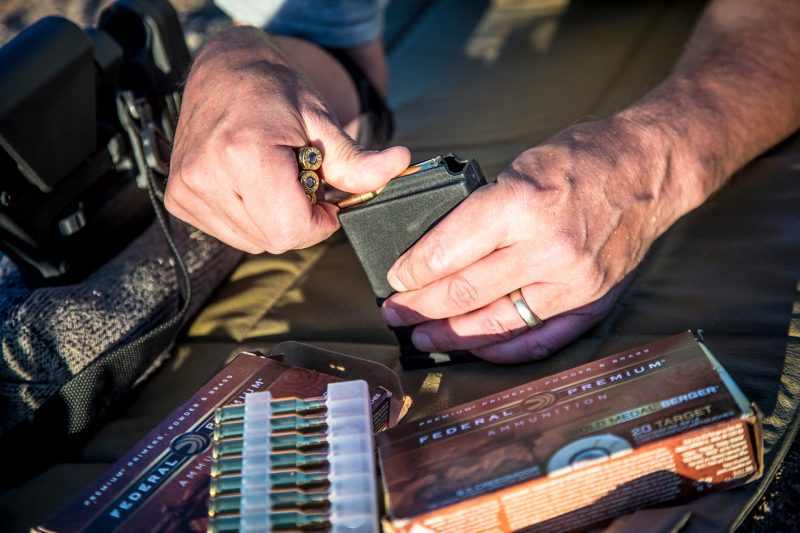 To ensure unmatched accuracy, I brought Federal Premium Gold Medal Berger loads to Gunsite — 500 rounds of match-grade ammo is required for this class! With a muzzle velocity of 2,875 fps, the 130-grain Berger bullet (ballistic coefficient of .56) has less wind-drift and drop when compared to many other long-range loads. In fact, because most everyone in my class was shooting 308 Win., the rangemaster had to continually modify his statements about wind-drift and bullet drop. In short, he hinted that shooting a 6.5 Creedmoor and this particular load was almost like cheating. 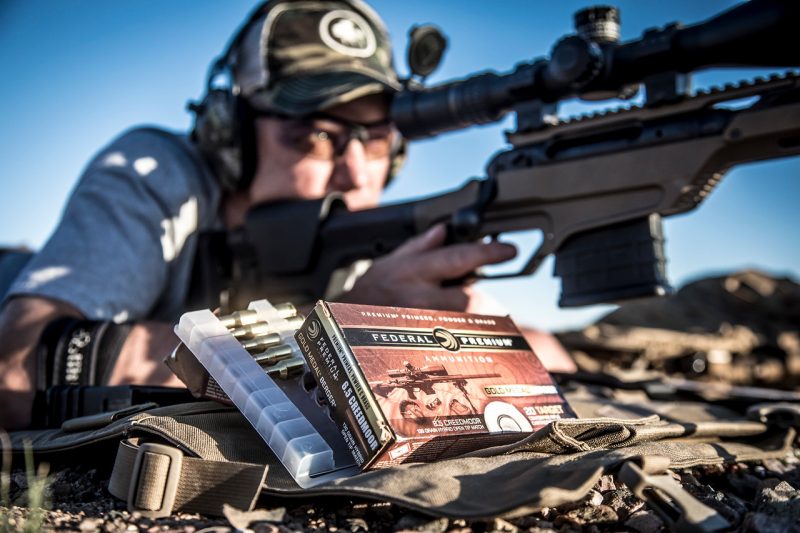 Ringing Steel in the Desert

At Gunsite, we learned how to operate in two-man sniper teams (in the field, not at a range), finding camo steel targets in the distance, determining their size, estimating their range (with no help of laser rangefinders), then attempting to hit these targets with no more than two shots, all while the rangemaster is timing you. It’s fun, but not easy, especially when the wind kicks up.

As I said earlier, because of my choice in cartridge and ammunition, I didn’t have to compensate for as much wind-drift and bullet drop as my fellow students. However, since I was the least experienced long-range shooter in the class, I accepted my so-called equipment advantages with a smile. 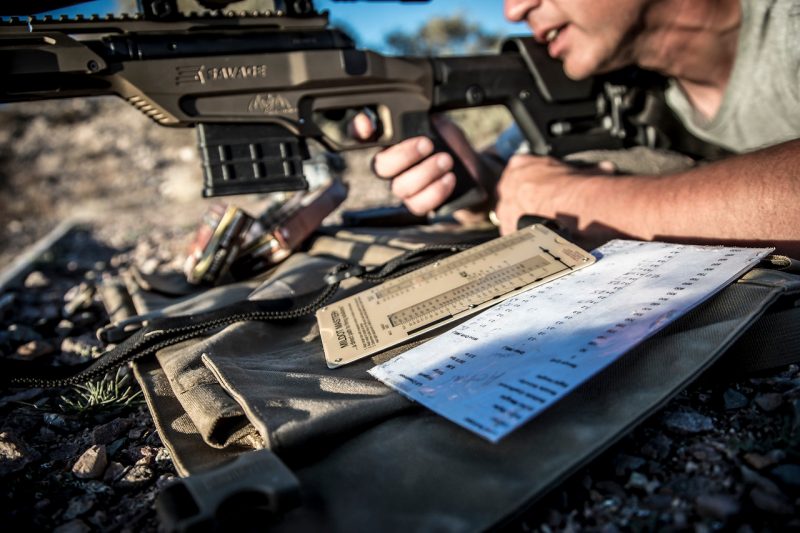 Space here doesn’t allow me to document everything I learned during my 5-day Gunsite visit (note: all future offerings of this long-range rifle class will now be 7 days because of the massive amount of information), so let me focus on several major takeaways when it comes to the Savage 110 BA Stealth Evolution. 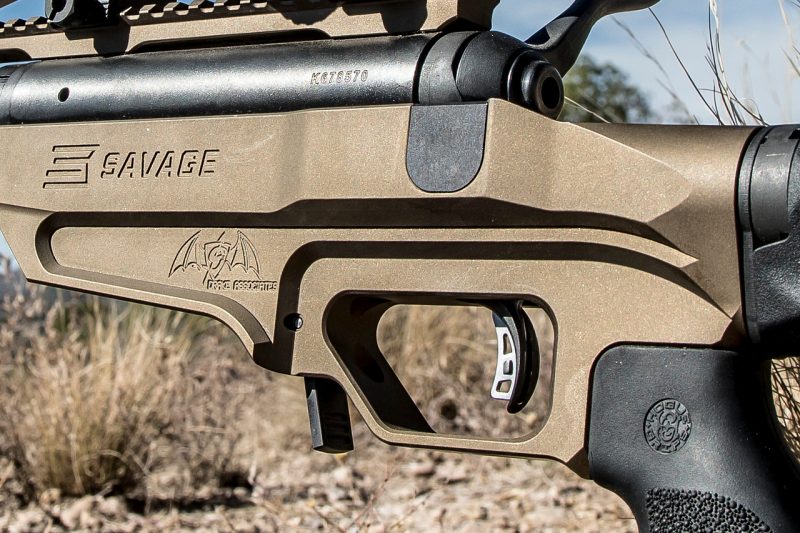 Recently a couple of my hunting buddies asked me to describe a few of the highlights of my trip to Gunsite. One specifically asked, “How did you shoot?”

I recounted one story: It involved a side-by-side competition where each competitor must hit hanging steel targets in descending order based on size. The range was 300 yards, and the round targets were as follows: 6 inches (diameter), 4 inches, 3 inches, 2 inches, 1 inch. After each person hit the 6-inch circle, you move onto the next smallest target. You miss, you lose. And as soon as someone misses, the two-man match is over. As the competition proceeded, I won each of my matches, and only once did I have to hit the 3-inch target. (Wind was left to right at 3-5 mph.) Because I still had one bullet in the magazine after hitting the 3-inch circle to secure the overall victory, I asked the Rangemaster Cory Trapp if I could shoot one more time.

“Dave,” he barked, “You’re the winner, you make the rules. Pick a target.” 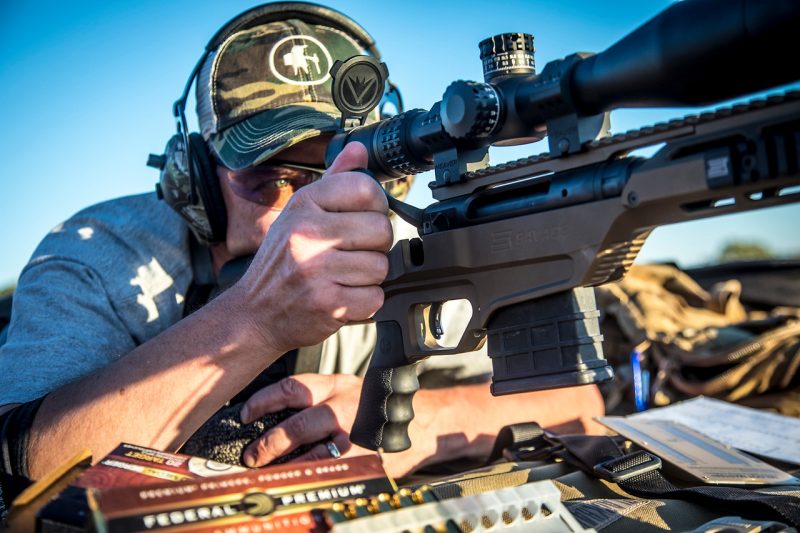 I wasn’t stupid enough to attempt the 1-inch circle at 300 yards, but I figured I at least had a prayer on the 2-incher. I adjusted my rear shooting bag carefully, and took my time dry-firing twice, focusing on my breathing as taught earlier in the week by Rangemaster Trapp. After cycling a round into the chamber and sliding off the safety, I aimed for left edge of the 2-inch circle (9 o’clock). I concentrated on the reticle, and as the air escaped my lungs, I slowly but deliberately pressed the trigger to the rear. At the crack of the rifle, the 2-inch hanging circle spun wildly around its support, and one of my fellow students exclaimed, “Son of a b#$%#!”

Perhaps the greatest compliment given to the rifle — and me, perhaps — during my time at Gunsite was by Rangemaster Trapp himself. As we were finding, sizing and then shooting at various camo steel targets at up to 1,000 yards on day No. 4, he called for a change in shooters. Thus far that morning, I’d been on spotting scope duty.

“Switch shooters,” he commanded. “Dave, step up to the line with your laser gun.”