Earlier today we brought you the story about some celebrities and media members who are ice fishing from the rooftop of WCCO-TV in downtown Minneapolis. If you want to see how it’s really done in the Land of 10,000 Lakes, however, check out the video below.

First, a little background: Yes, that’s Katie Nolan joining the Golics (father and son) on the ice. Specifically, they’re on Prior Lake, which is a large but heavily fished body of water just south of Minneapolis. Hosting the ESPN celebs are the folks from Clam Outdoors, and the guy you see helping the three anglers unhook fish is Matt Johnson. If he looks familiar to you, he should, because we’ve featured fishing tips from Matt several times in the past on OutdoorHub.

So why did Matt and the other guys from Clam Outdoors pick Prior Lake? This is simply conjecture on my part, but I’m sure Nolan and the Golics are super busy during Super Bowl week, and because their time is precious, there’s no way the entire crew could travel far from Minneapolis.

The goal was to have action. In other words, quantity mattered more than quality for this TV segment. And Prior Lake is loaded with small- to medium-sized panfish. Sure, it has some decent panfish, too, but finding those bigger ones requires extreme mobility (hole-hopping), stealth, skill, etc. — and that just wasn’t going to happen for a TV segment such as this one.

Kudos to Clam Outdoors (below) for showing Nolan and the Golics a fun time on the ice. 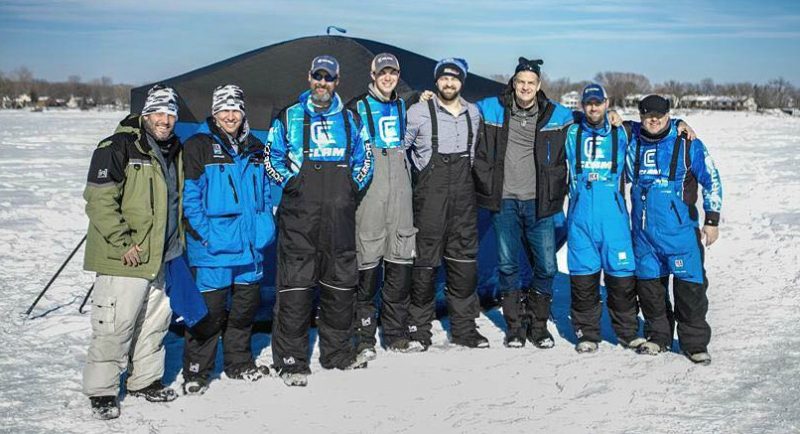