Not long ago, hunters were just getting into trail cameras and learning what they could do to help them unravel deer travel patterns. Those first cameras were big and bulky, and the original models used film (remember film?) that needed to be developed. The cameras themselves and the print processing were expensive. And to make matters worse, it was common to have a whole roll of film spent on a single squirrel or raccoon visit. Nooooooooooooooooooo!

Thankfully, user frustration was calmed when digital camera technology finally worked its way into the whitetail woods. And, as technology advanced in trail cams, the devices became smaller, less expensive, and they offered better pictures and videos.

Truth be told, camera dependability and durability lagged behind these advancements in technology, but it appears that some companies are now tackling this issue head-on. Kudos to them. After all, what good is a trail camera that boasts it can do everything under the sun — or moon — if it stops running after one season, and you can’t get anyone on the company’s customer service line to help you?

With these considerations in mind, if you walked into a retailer today to buy a new trail camera for your best hunting buddy, what can you expect to find? Are they worth the money? To help ease your shopping stress this Christmas season, I suggest you take a serious look at these six trail cams, plus one innovative card reader (at the end of my list). 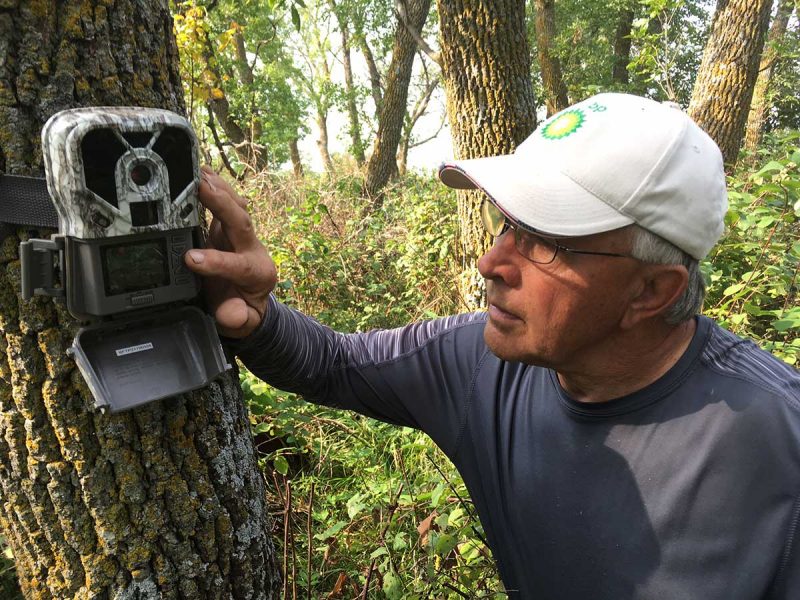 I first learned about this new company and scouting cam from talking to OutdoorHub Managing Editor Dave Maas. He’s been testing the Exodus Lift II since mid-August 2017, and by all reports, his two cams are performing tremendously on his South Dakota property. (Click here to head his first impressions.) 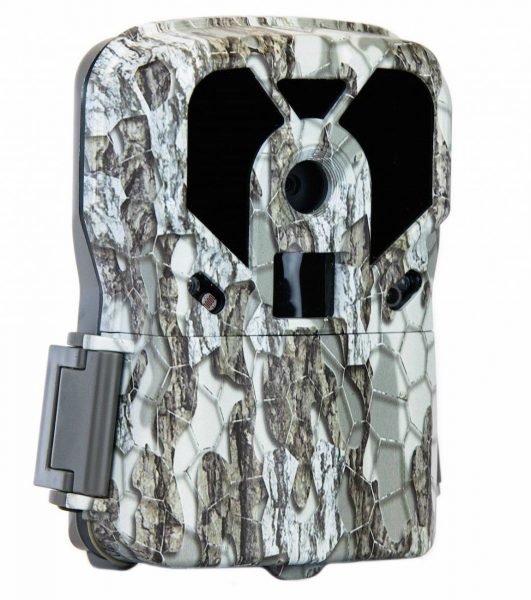 The 12 MB Exodus Lift II is packed with features, but what really sets apart the company is a promise of dependability and top-notch customer service. Check out the pic below from the Exodus Lift II user’s manual that explains their warranty. In a word: AMAZING! You owe it to yourself to check out this new trail cam. 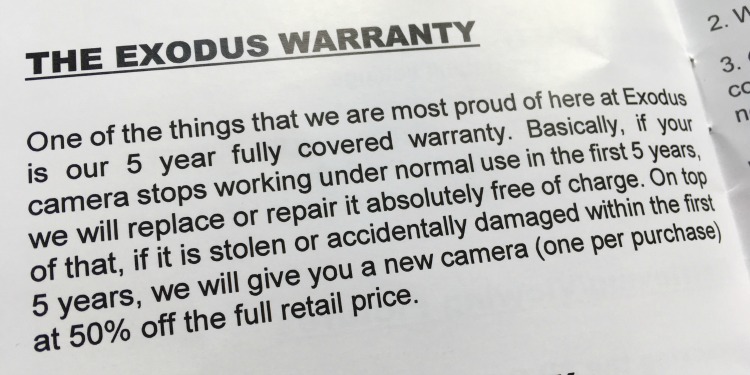 I’ve never made it a secret that I really like Bushnell Trophy Cams. I’ve been running them on my property for years, and they are a vital part of my scouting program. The new Aggressor is one that when I saw the features and the price, I bought it on the spot. I didn’t even ask my wife beforehand, figuring it’d be easier to ask forgiveness. Besides, at this price, why not buy it? 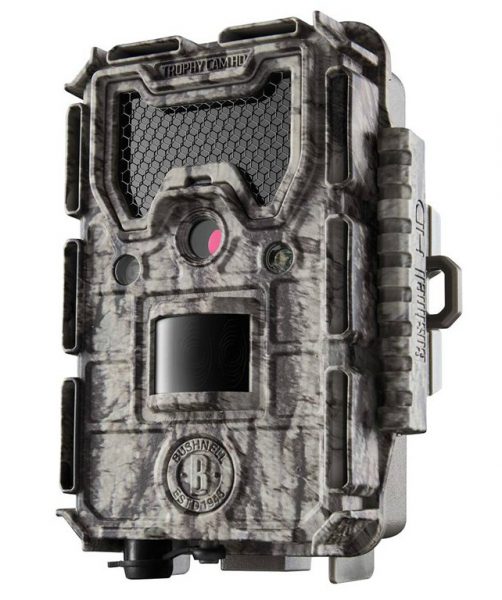 It’s a 20MP digital camera with full 1080p HD video, and it has low-glow infrared to not spook game during low-light conditions. I’ve been having fun with Hybrid Mode that takes a clear image, followed by video. This is the best way I’ve found to get a clear picture of what’s on my land, and how the game is acting/reacting. These cameras also work with the Python Cable Lock, an outstanding way to help secure it from thieving fingers.

I’ve been running a couple of Browning trail cams on my land, too, and I’ve been impressed. The newest, the 18MP Strike Force Outfitter, is a solid camera with great trigger speed. I’ve captured some really great images with one. The shutter speed is amazing — I’ve got some cool images of deer in full-tilt boogie, running across the property, and the camera has captured it all, with little to no blur. You also get HD video and really good battery life. These are great cameras for the money. 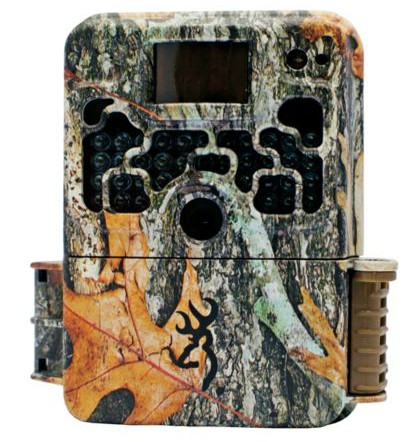 As much as digital camera technology revolutionized trail cams, multiply that by 10 and you get the impact of cellular technology. The coolest part is because it’s been around for a little while, the costs are coming down. One of the sweetest deals comes from Spypoint in the 12MP Link-EVO. 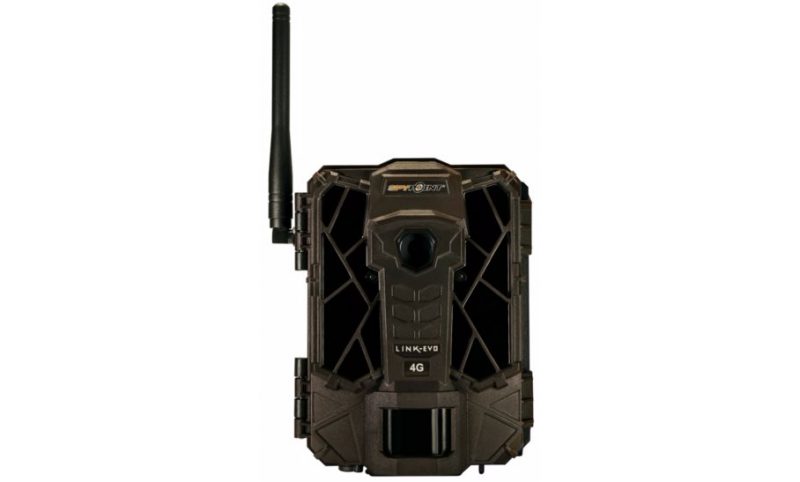 What makes it sweet is you don’t need to go through your cellular provider. Spypoint provides a SIM card and service, with a free 30-day trial when you get the camera. Want to have the latest information from your trail cam in real time? Here you go!

What if you don’t want to deal with cellular service on your trail cams, but still want the convenience and ability to check the camera without going and walking around your hunting areas? Cuddeback has the perfect answer in the new CuddeLink system. 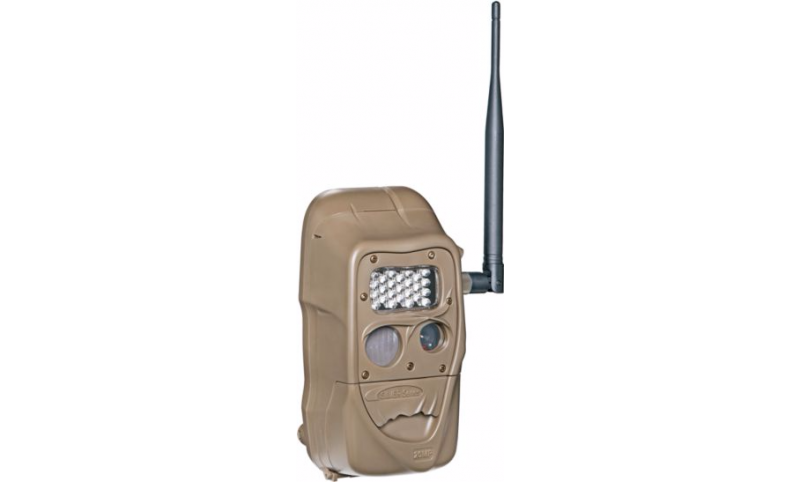 It wirelessly connects up to 15 cameras to allow you to check just one camera to effectively check them all simultaneously. With 20MP pics, HD video and the quality and speed Cuddeback cameras are well known for, this innovative camera system is a game-changer.

So, why would you want that? Like many things in life, it all comes down to the details. There are many subtle clues to a deer’s age, actions and behaviors that you’ll be able to gather with higher resolution. Plus, you can bump it up onto your television and retain that clarity. How cool would it be to have a buck fight on camera and be able to watch it clear as day on your 60-inch TV? 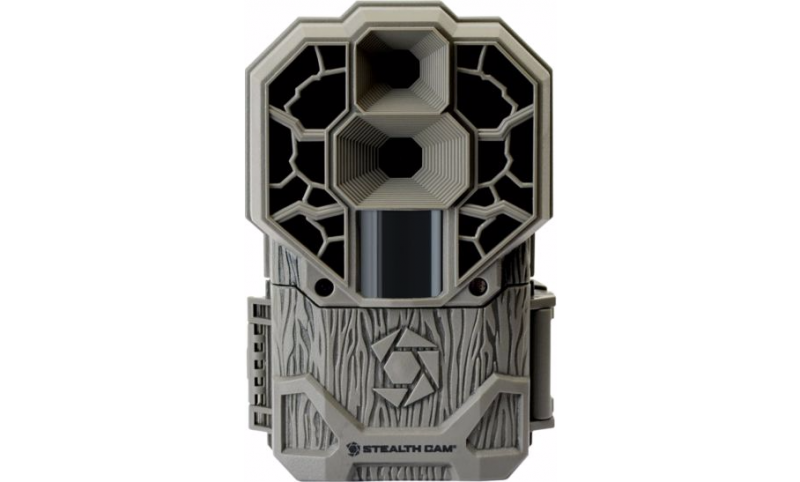 Note: OHUB Managing Editor Dave Maas was one of the first hunters to get his hands on a DS4K during spring 2017; you can read his review by clicking here.

Here’s the perfect stocking stuffer — a smartphone compatible card reader from BoneView. It’s one of those innovations that you didn’t know you needed until you tried it and now can’t live without. How cool is it to use your phone to check memory cards in the field? Very cool! And yes, you can save special pics on the spot to immediately text to your buddies. BoneView IOS-compatible readers and Android readers are both available, so whatever kind of phone you have, you’re golden. 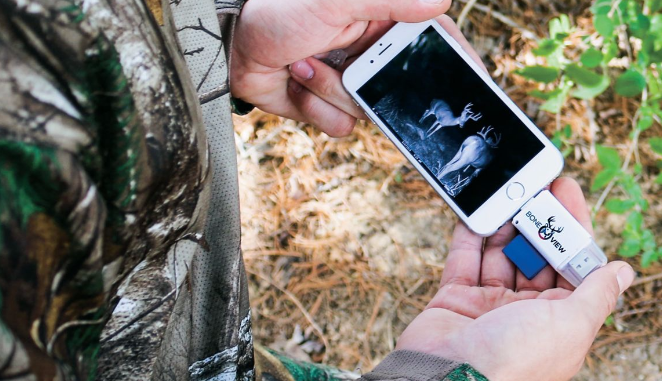